It's only later, when Jorah Iain Glen draws her aside in private, that she's reminded that Tyrion is very clever even if he does make mistakes from time to time and maybe, just maybe, she should back off. He also urges her to make amends with Sansa Sophie Turner , though that doesn't go quite as well as she hoped. When they're speaking the ice does begin to thaw, but then Sansa brings up the fate of the North, asking Dany what happens when she takes the Iron Throne. The North, Sansa says, was taken from them and then they took it back and swore never to bend the knee again.

And if there's one thing Dany hates, it's when people don't bend the knee. The temperature reaches freezing just when things were warming up, and you can almost see Dany imagining her dragons roasting Sansa. Of the three strong women currently moving and shaking things at Winterfell, my favorite has become.

Sansa of all people. She's smart and practical, stubborn and eloquent. She's a good ruler, and would make an excellent Queen in the North. I also like the young Lady Mormont, who is always putting someone in their place--this time, her cousin uncle? Ser Jorah. The best bit during the grilling of Jaime Lannister came when he defends his actions to Sansa, including fighting with her father in the streets of King's Landing.

I'd do it all again, he says. I was defending my House and my family. He has no hard feelings. He didn't reveal the truth about Jaime because he didn't want them to murder him before the battle.

The other big scene came toward the very end of the episode. After Jon did his level best the entire episode to avoid Daenerys, she finds him down in the crypts which are strangely empty given how everyone is supposed to be down there hiding. He's standing in front of Lady Lyanna Stark, and Dany muses about her brother, Rhaegar, and how she can't reconcile the good man from the stories with someone who could rape Lyanna. He tells her how Rhaegar and Lyanna were wed in secret, and how after Robert's rebellion was successful and Rhaegar slain, Lyanna made her brother Ned swear to raise their baby as his own bastard in order to protect him from Robert and the Lannisters.

Daenerys doesn't believe him. She finds the story a little too convenient.


After all, it's his brother and best friend who came to him with this revelation. And worse still, worse than the fact that she's been boning her nephew, that would give him a claim to the throne. It's honestly a little funny how much this bothers her. Her only claim to the throne is by blood.

She was raised a Targaryen, but she wasn't raised in Westeros. She's a foreigner whose only interest in the Seven Kingdoms is to rule them after staring at them from afar her whole life. Her claim is simply by blood, and now Jon's claim is better than hers. She should be happy for him, happy to have her brother's son and heir alive and well.

She should, for lack of a better phrase, bend the damn knee. But Dany is not a very good person. All her worst instincts keep coming out and are only momentarily quelled by her advisers.


In fact, the only really good thing she's ever done is surround herself with good advisers, but her first instinct with Tyrion is to fire him for his one screw-up which she backed and now her instinct with Jon is to disbelieve him and then get defensive over his superior claim to the Iron Throne. She's power-hungry and hardly "just" in any sense of the word.

Jaime questions Tyrion on the matter, wondering aloud if she's really so different from other Targaryens. Tyrion seems to think so. Jon or Aegon now and Dany don't have time to get in a big heated fight about it, though. The horns blow and they race to the battlements. Off in the distance, in the dark and the snow, the army of the dead has arrived.

Next week, be prepared for a very big, very intense battle for the very survival of humanity. 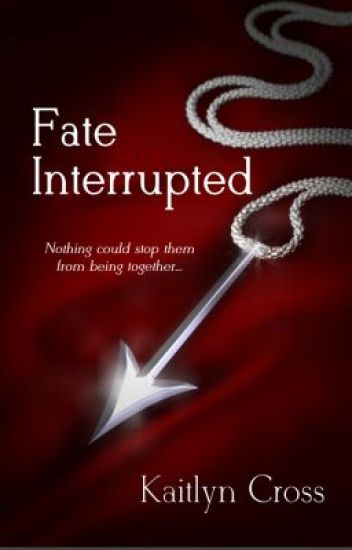 Will the Night King destroy them all or will our heroes prevail? I'm hoping they actually stop the bastard and the final three episodes have to do with taking King's Landing and stopping Cersei, and then determining what exactly will happen with the Iron Throne. I suppose Jon will ultimately prove that he's a Targaryen vis-a-vis the dragons, but I could be wrong about that. I hope they melt it down to make utensils with, because I certainly don't think Daenerys should rule Westeros and I don't think Jon is interested in the job. What did you think of the episode?

These cookies allow us to monitor OverDrive's performance and reliability. They alert us when OverDrive services are not working as expected. Without these cookies, we won't know if you have any performance-related issues that we may be able to address. These cookies help us understand user behavior within our services. For example, they let us know which features and sections are most popular. This information helps us design a better experience for all users. To learn more about cookies, please see our cookie policy. To learn more about how we use and protect your data, please see our privacy policy.